For the first ever (but hopefully annual) Portland Mini-Maker Faire, Karen once again did double duty organizing Intel’s presence and helping Josh with the Tanenbaum Fabrications booth. This time we at least got the booths located next to each other, so there was less running around. 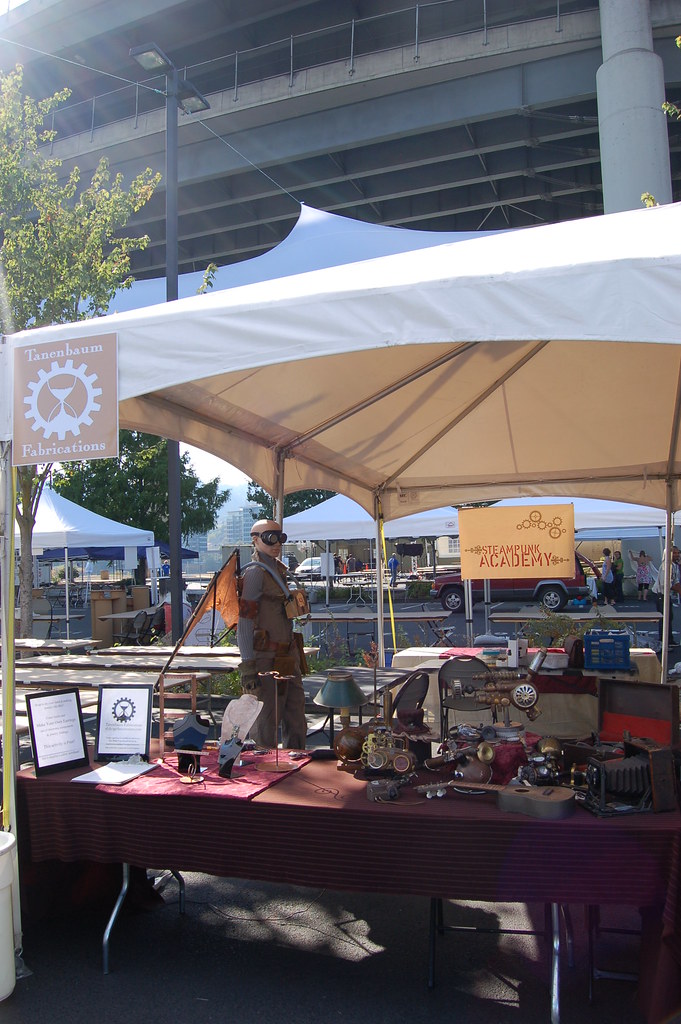 At the Tanenbaum Fabrications booth, we once again had Captain Chronomek on display along with a selection of Steampunk props and cool artifacts that had not yet been Steampunk’d. For the first time, we also brought out the electronic component jewelry that Karen had been designing for the last few years. We didn’t sell the jewelry directly, but did direct people to our new Etsy site. 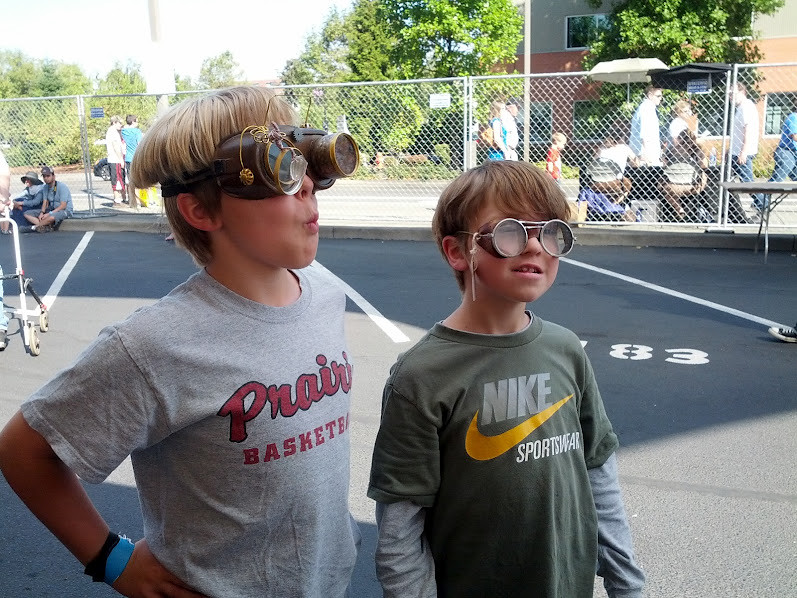 We also ran a free workshop where people could come and make their own earrings out of electronic components. We hadn’t been sure whether or not people would be in to this, but we ended up being overwhelmed by the amount of enthusiasm people had for the project. The workshop tables were almost always packed, and we ran out of some components by the end of the first day, and nearly everything by the end of the weekend. People had a lot of fun & made some awesome things-even branching out from earrings to make other creative sculptures and ornaments. 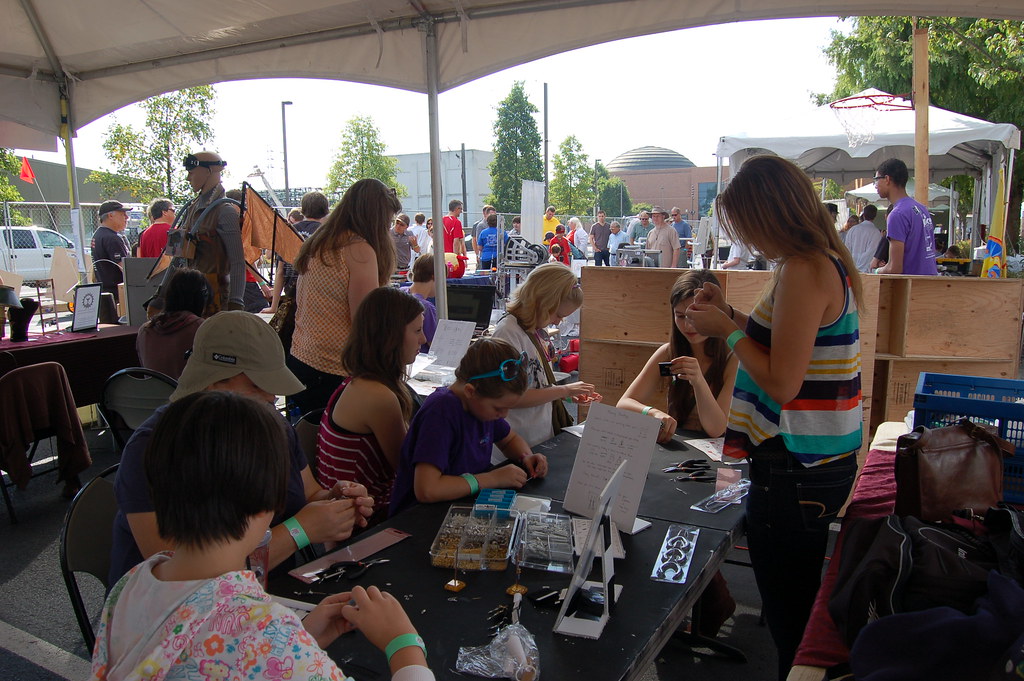 On the Intel side of things, we ran an activity called “Sketch It, Play It”, using a Makey Makey kit and simple pencil and paper to create drawn circuits. For more details on that activity, see the Research at Intel blog Karen wrote. 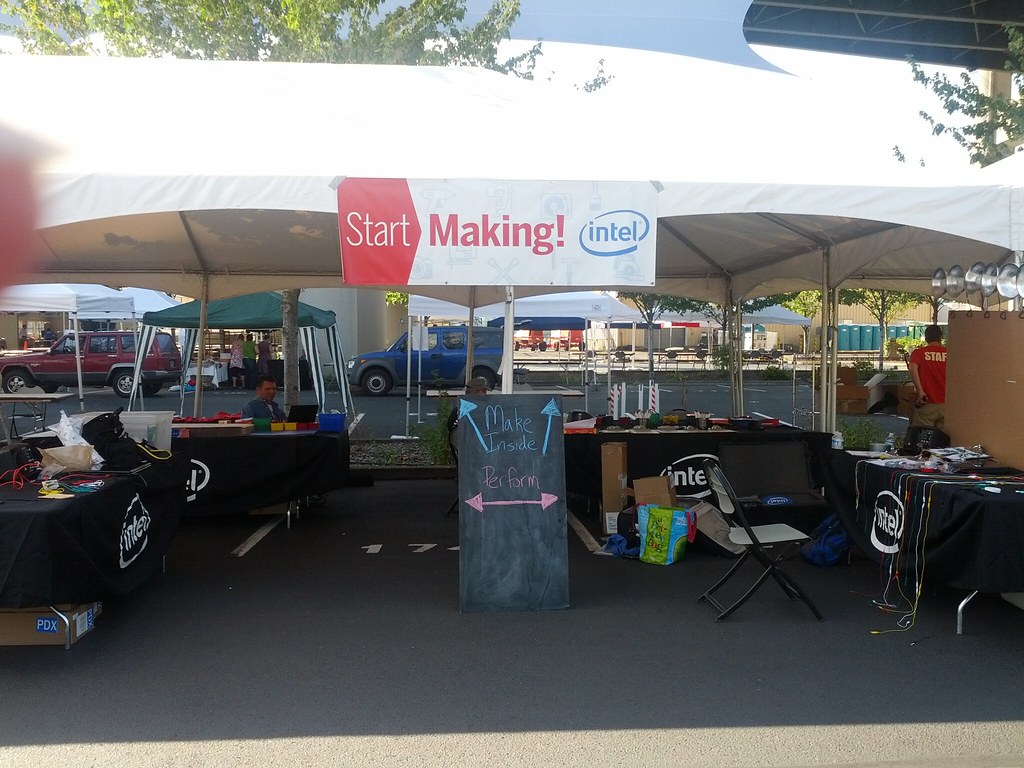